Jason Momoa rumbles his way to a burger joint in Toronto on a Harley-Davidson... as he resumes filming the second season of Apple TV+ series See

By KEVIN KAYHART FOR DAILYMAIL.COM

No one can accuse Jason Momoa of not living life on his own terms.

The Aquaman star, a renowned motorcycle and muscle car enthusiast was hard to miss when he was cruising the streets of Toronto's, Canada on a Harley-Davidson on Monday.

The 6ft4in star is back in the Ontario capital to resume shooting the second season of his science fiction drama series, See, for Apple TV+. 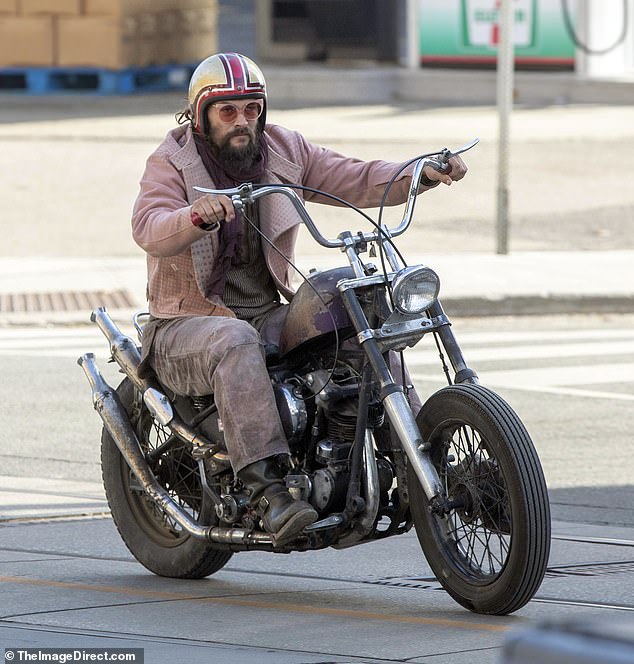 Get you motor running: Jason Momoa, 41, was spotted cruising on a Harley-Davidson in Toronto, Canada on Monday